Meta-e CEO, Paul H. McVoy, led a two year effort to update the Sedona Conference Glossary, revising and modernizing terms, while adding new terms associated with the advancement of technology, especially as applied to the law. Paul was joined in the efforts by the members of the Technology Resource Panel (TRP), a group of technology users and industry service providers that specialize in Litigation Support Services, Legal Technology and Consulting. In addition to their responsibilities with regard to the Glossary, the panel has been charged with advising the Sedona Conference Working Groups with regard to the intersection of technology and the law. The Technology Resource Panel is chaired by Mr. McVoy.

For more information on the TRP, please visit https://thesedonaconference.org/trp

To download a copy of the Glossary, please go to: http://bit.ly/TSCglos5ed

July 23, 2019, New York – Meta-e Discovery LLC, a leading eDiscovery services firm, has been recognized by Chambers and Partners as one of the top eDiscovery litigation support providers in the United States in the 2019 Chambers Litigation Support Guide.

Meta-e was one of only 18 eDiscovery litigation support providers recognized and ranked by the prestigious guide. In this year’s edition, the Chambers Litigation Support Guide notes that the firm is “roundly praised by the market for their technical strength.” According to Chambers, Meta-e received “glowing praise” from clients for its “flexible and responsive approach, with numerous clients expressing great satisfaction.”

Meta-e CEO and founder Paul H. McVoy was also recognized as a notable practitioner in the field praising him for his expertise in the sector and calling him “a wealth of knowledge” in the area. Paul has managed domestic and international eDiscovery projects for both plaintiffs and defendants for almost 20 years. He is an active member of The Sedona Conference® and is co-editor of the Sedona Glossary, a frequently cited paper that is widely used to define eDiscovery terms. He has directed preservation, collection, and review in high-profile merger investigations. Paul has also been an influential consultant on many high profile cases, including Target Data Breach, BP Oil Spill and the Flint Water Contamination case.

Chambers and Partners also ranks leading eDiscovery lawyers in the United States. Meta-e co-founder and business strategist Ariana J. Tadler, a partner at Tadler Law LLP, has also been ranked as the top eDiscovery lawyer in its nationwide ranking, earning a Band 1 category.

Based in New York and Connecticut, Meta-e Discovery has handled eDiscovery for a variety of litigation matters ranging from the largest class actions and complex litigation to individual commercial disputes. It is widely known for offering scalable eDiscovery technology and litigation support to clients of all sizes, from pre-case planning and budgeting to document review and depositions. Meta-e Discovery was able to achieve a 29% cost savings and a 48% reduction in total time spent on the first-level review of ninety-one thousand documents for a plaintiff’s litigation production.

Our client, plaintiff’s counsel working with an outside review vendor, needed to review 91,000 documents for an upcoming production. They had already wasted precious time working with a separate vendor using a linear review workflow and were now feeling not only the burden of sunk costs incurred but significant pressure to complete their review and production in a timely manner.

In a typical linear document review workflow, the review team would need to look at each of the 91,000 documents one-by-one in order to complete the review in defensible fashion. With a team of eight reviewers plus a review manager it would take approximately six weeks to complete first level review. Linear review also requires some means of apportioning the documents to the review team which can lead to a less than efficient process.

Active Learning instead immediately provides the reviewers with documents to start coding. As each document is reviewed, the analytics engine begins putting those documents most likely to be relevant in front of the reviewers in real-time. Each coding decision made by the review team serves to progressively train the system. Eventually, the vast majority of relevant documents have been reviewed while any remaining unreviewed documents can be skipped with high statistical confidence that they are not relevant. This has the practical effect of greatly reducing both the time spent on the review and the associated costs.

In this particular matter, only 47,000, or 52%, of the original corpus of 91,000 documents ended up requiring eyes-on review. This cut the effective time needed to complete the first level review down from six weeks to three. In addition to the time saved, the reduction in document volume yielded a savings of $22,000. 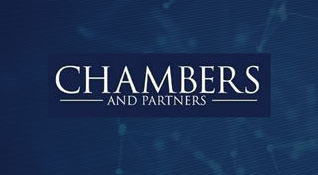 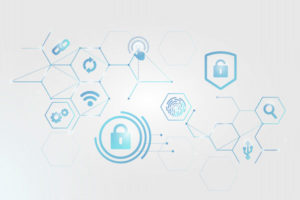 In a set of cases involving one of our clients, U.S. Magistrate Judge, Iain D. Johnston sides with the Plaintiffs and orders a random sampling of the null set after production in order to determine the quality of the production.  Judge Johnston’s humor shines throughout the order as he references the Simpsons, scary clowns, and Donald Rumsfeld. These cases involve alleged breach of contract, antitrust violations, and racketeering by Defendant in pricing its medication, Acthar. The cases were consolidated for discovery purposes. The court commended the parties’ amicable approach to discovery, and the parties generally agreed on ESI protocol, including search terms and ways to resolve discovery disputes.

The only issue in dispute were the steps to be taken after production to validate the produced set. The Plaintiffs proposed that a random sample of the null set be taken and reviewed to determine what percentage of relevant documents were missed. The Defendants proposed that if “the requesting party reasonably believes that certain categories of requested documents exist that were not included in the production, the parties will meet and confer to discuss whether additional terms are necessary.”  Defendants also claimed that a random sampling of the null set is unreasonable under Rule 26(g) and “burdensome” or disproportionate, under Rule 26(b)(1).

In siding with the Plaintiffs, the court found that a random sampling of the null set was both reasonable under Rule 26(g) and proportionate under Rule 26(b)(1). As Judge Johnston notes, sampling of the null set is a standard and common practice during TAR review. DaSilva Moore v. Publicis Groupe, 287 F.R.D. 182, 201 (S.D.N.Y. 2012). That sampling provides a picture of how accurate the TAR process was so that the results can be verified. Saying “just as it is used in TAR, a random sample of the null set provides validation and quality assurance of the document production when performing key word searches,” Judge Johnston applies the same logic to the null set in a keyword search production. In fact, randomly sampling irrelevant documents following keyword search productions was a common practice prior to the use of TAR.

The court also found that random sampling of the null set was proportionate under Rule 26(b)(1). The Defendants argued that sampling would be burdensome and expensive. However, the court found that a random sample will not be voluminous given the context of these cases and the extraordinary amount in controversy.

WHAT IS THE NULL SET?

Judge Johnston, quoting Donald Rumsfeld, speaks of the “known knowns” and the “known unknowns.” When it comes to ESI, the “knowns” are the documents that are produced through keyword searching or Technology Assisted Review (TAR). The “unknowns” are the documents that weren’t produced by the chosen retrieval process. These unproduced documents are the null set. Sampling the null set is vital to validate the original retrieval process, whether it was TAR or keyword search, so that the parties can get a sense of how many relevant documents were missed. This allows the parties to validate their process or modify it if too many relevant documents were missed.